You Make Me So Angry. 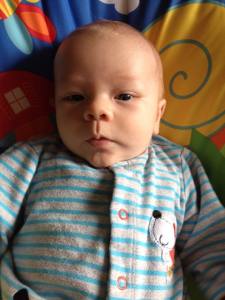 We live in a society that has somehow enshrined in it’s mores the belief that it’s ok to yell. We grew up with yelling, we were taught yelling; and when my kids drive me insane or my wife gets snarky yelling is an acceptable option.

It’s time for a moratorium on yelling. When you consider it critically and objectively, yelling is an act of violence. I am exerting my will, forcing another to concede. When you are yelled at you probably feel somewhat violated. That may be because you were violated.

There is something cathartic, orgasmic about yelling. People who scream at others feel that sense of release. There is a subtle yet profound joyous release. You can kind of get off on yelling… Yelling is great for anxiety and frustration – just get it all out.

And then leave it on me.

Anger is about handing your pain and frustration to someone else. There is a significant sense of entitlement. There is a degree of selfishness, of lack of impulse control. Yelling is an act of weakness, not strength. It is also an act of violence. An act of control. We have all done it, from time to time but it’s time to look for other ways to deal with our frustration. Learn mindfulness, practice STOPP Therapy, breathe, go to a counselor, read about anger.

People learn in counseling that yelling is a very dysfunctional coping mechanism. They are apt to tell me they can’t help it. Or it’s not their fault. It’s just the way their family is and they grew up fine.

In the 12 Step program they are keen on wanting you to know that the first step to fixing a problem is recognizing that you do, in point of fact, have a problem. 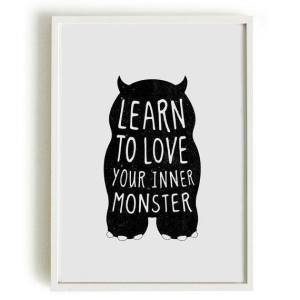 I have a second voice, deep inside, that I listen to. I’m not dissociative, not paranoid or delusional, but he’s still there.

He tells me things are going to be alright. He invites me to play.

Do you remember the old Bugs Bunny cartoon when Bugs had an angel on one shoulder and a devil on the other? The cartoon centered around the epic battle of two voices, each wishing to be heard.

You’ve seen movies where the star has an evil side, a dark voiced alter ego that is always ready to tell you what he wants you to know.

There is a voice in my ear, a friend deep inside.

Anyone who has had an addiction can tell you about that voice, that stranger, that friend.

Miss a meal, and he shows up. Stop smoking. Quit the Percocets. Stop playing with yourself.  Delete your video game. Stop letting yourself get angry.

When people find I work part-time in the addictions field, people who haven’t struggled with a public addiction, they ask me, “Why doesn’t he/she just quit?” They have never felt the pull of that addictive voice. It’s palpable. It’s consuming. It has a personality. It is alive.

I have worked very hard to recognize that voice inside my head. He speaks to me, more often than I would like to admit; telling me to get high, or take a shortcut, or do something cheap and immediate. He sounds a lot like me, but he’s quieter, and sleezier, and looks like a cross between Rumpulstilskin and that dude who played Satan on Constantine. He dresses better than me, has better hair, and is evil.

I have personified that part of my personality because it helps me to call upon religious and cinematic symbols to put a face and a feeling on that part of myself I am not proud of. I know what it is like to stop using drugs and have that bastard tell me all day long that there is a simple solution to my pain and the sweat and the tears. I know the sound of his voice like I know my own.

Chances are you have a voice inside of you as well. We all have that part of us which wants to take the easy route, eat all the candy, see naked bodies, and do whatever feels right at the time. I’m coming to realize that learning how to recognize this old friend is perhaps the meaning of life.

We are friends, my little Scott and I. We have been together for far too long to just go our separate ways. Besides, I still need him. He tells me to leap when I want to crawl. He’s the one who got me to skydive all those times. He reminds me to still be alive, in a world of deadness. I still need him, though I am learning to understand what he says. He still scares me, but he no longer always wins.