I’m like Wolverine except without the muscles, the talent, the looks and the pokey knuckles. And only in a tonsils way (that’s obviously a real word). Oh, and I can not be killed.

I don’t believe in Karma or fate but I’m not actually stupid enough to announce to both my readers (you see what I did there) and the Interweb that I cannot really be killed. I may not believe in Karma but I don’t want to piss her off, even if I know superstition is dumb. As the philosopher Homer (Simpson) once cried, “Jesus, Allah Buddha save me! Just covering my tracks.

Here’s where I’m headed: Many years ago I had my tonsils out. Fast forward that a decade or two and I had my tonsils out, again. There are medical records to confirm this but this isn’t rage journalism so I don’t have to provide transcripts. It is true; and very weird.

The few readers who visit here may not have noticed but I didn’t write for a few weeks. I do this when writing begins to bore me (this is, after all, my hobby), from time to time, so there is nothing remarkable in such a break. On this occasion, however, I had a martial arts fight with my table saw, obviously believing that my black belt skills would stack well against a 20-year-old table saw I bought at Canadian Tire. I was wrong. The table saw really only has one good move but it is a doozy. I’m almost certain ‘doozy’ is a word. We sparred briefly and I lost, in a fairly substantial way. I give the table saw’s performance ‘one and a half thumbs up’. I am also, as a super awesome side bonus, intimately familiar with how tendons are supposed to work. I won the Silver Medal for the match.

It’s growing back. I haven’t attempted this with any major organs or parts but based on my extensive and definitive research thus far, I should be able to cut anything off and it should rejuvenate. I have not tested this hypothesis but my wife told me the insurance company would have paid me substantial money had I not been such a pansy and done a decent job. No one likes a half-assed effort. After getting off the phone with my office manager she actually said, “Slam some Oxy’s, I’m warming up the table saw!” I am a researcher at heart.

So here I sit at home, watching daytime television and practicing my superpower. Why couldn’t I get invisibility? If this doesn’t happen faster I may need to find a radioactive spider. I hate waiting. I con side the ‘tap’ option for paying with my card perhaps one of the greatest inventions, ever. I am literally too lazy to put in my pin number. I am not amazing at waiting.

One of the recurring themes on this website is clearly my fixation with the misconceptions people have when it comes to personal change and growth. Automated Tellers now take too long. There is a good chance that this is not your only internet window open right now. There is evidence to suggest that our growing dependence on instant technology is fundamentally changing us on a neurological level. This makes a certain degree of sense on a behavioural level. I have already changed the channel on my television three times while writing this article (although to be fair I am typing with one hand while attempting to soak the other in saline).

The vast array of bombarding technologies and choices are training me as we speak. I never used to have text conversations, Facebook and Google chats, email and internet searches all day, every day. Texting has emerged as a significant behavioural issue, if not a neurochemical one. Millions literally put their lives at risk so that they may chat about meaningless drivel LOL, LMAO. I never used to talk with all of you, every stinking day. I am vastly more social than I have ever been… or am I? I want it now,  I want it faster, better, more instant, more, more. In a recent study people admitted they would rather lose their wallet than their phone. That’s bizarre considering how little actual phoning most of us actually do. I kind of lied, the study was done in 2009 which is significant when you consider how hard my phone sucked back then. 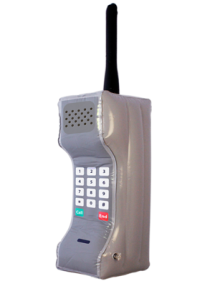 Technological bionomics needs to be something with which philosophers seriously contend; as we continue to integrate technology into our hard wiring. There are, without a doubt, ramifications for a humanity that carries around a personal computer which screams at them constantly through text messaging and the various other social networking tools (I was tempted to list actual tasks such as emailing, Facebook, Twitter and Instagram; but I knew I would read this article again in five years and exclaim, “Facebook? Did we really still use Facebook way back then?”)

So ya, I may be an X-Man, albeit a minor warrior against Magneto. I just get hurt easily and take 6 weeks to heal, so i should probably let the chick with white hair go first.

One thought on “Apparently, I Am An X-Man”