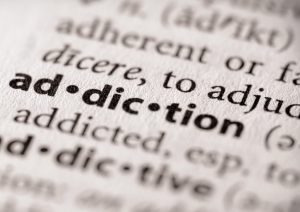 I have no problem with that, if it works. But more times than we are willing to admit it’s just not enough.

The study didn’t disclose how long each person interviewed had been working the rooms to achieve sobriety. It also revealed little about the percentage of people who attended AA, relapsed, and left the program. A 1990 summary of five different membership surveys (from 1977 through 1989) reported that 81 percent of alcoholics who engaged in the program stopped attending within a year. And only 5% of the AA attendees surveyed had been attending meetings for more than a year.

As a counselor who works part-time at an addictions centre I can testify that for many people just getting to a meeting, admitting you’re powerless, and becoming accountable, is a very good though not necessarily efficacious solution to your addiction issues.

What 12 Step groups do not do is as important to understand as what they do. 12 Step programs do not allege that they are good at counseling. They are, in point of fact, very up front about their “one alcoholic (addict) helping another alcohol (addict)” stance.

In counseling many people come to realize that stopping substance abuse is only the first part of the solution. Once they remove the medicating effects of that crutch the lingering effects of trauma, hurt, or mental illness begins to thrust its way back to the surface. They may have dealt with the symptom of their problem (substance abuse) without realizing that the actual reason for self medicating has not been addressed. They don’t really have a drinking problem as much as they have a trauma issue, for example.

It doesn’t take a psychiatrist to realize that if I quit drinking but do not address the important questions behind the substance abuse I may be a ticking time bomb of pain, seeking other and potentially more destructive coping mechanisms.

If you have been dealing with an addiction issue perhaps it is time to ask yourself the ‘why’ question. You might find that underneath that need to use is an issue that you have been trying to ignore or medicate for years, that will not simply go away with time. If you know you need help, or are unsure but wonder if the problem is deeper than you thought, talk to someone who can help.

Talk to a counselor that doesn’t suck.

2 thoughts on “Dealing With Your Addiction: Why A 12 Step Program May Not Be Enough”