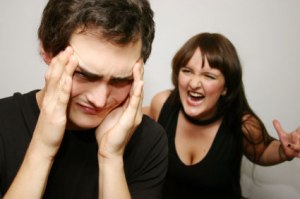 “When I went into the community looking for some support services, I couldn’t find any. There were a lot for women, and the only programs for men were for anger management,” Mr. Silverman told the Post shortly before his death. “As a victim, I was re-victimized by having these services telling me that I wasn’t a victim, but I was a perpetrator.”

The man who ran Canada’s only shelter for male victims of domestic abuse has apparently killed himself. A sad ending to what was, allegedly, a difficult and frustrating attempt to draw attention and provide safe haven for men who have been damaged by their spouses. It’s a dilemma that I have run into for years, often misunderstood and actually mocked and derided by society. Apparently men should not complain if their spouse hits them, they should be above such abuse while at the same time never lifting a finger to strike back or even protect themselves. I have heard the story many times, and on one occasion a husband was charged (and convicted) for restraining his wife who was in the process of hitting him with a cast iron frying pan for the third time.

Let’s face it – for many men just admitting that they are victims of sexual, emotional, or physical abuse (yes I said sexual) is tantamount to admitting that you aren’t really a man. This only exacerbates the problem. Not only is it embarrassing and painful to tell others but you can be fairly certain that others with probably accept your story with a hint of sarcasm or non-belief. I cannot tell you how many times I have heard people say of men who have been hit or abused, “He probably had it coming.”

Violence is wrong no matter who the victim is. No one should be allowed to attack another, no matter what their gender is. It’s also pathetic that there is no funding available for these victims. Maddening.

4 thoughts on “He Probably Had It Coming”