Philosopher William James (1842-1910), said, “The deepest craving of human nature is the need to be appreciated.”

There is an overwhelming number of women who feel unappreciated by their husbands. I often hear the following refrain: “I just want to feel appreciated. For years I have been the cook, the cleaner, the chauffeur… I don’t feel like we are a partnership… I’ve asked, demanded and pleaded that we go to counseling… I can’t do this anymore. I don’t want to live the second half of my life feeling like this. I’m done.”

I’m sure this is nothing new. I am sure my mother felt unappreciated by my dad at times during their marriage. I think that’s probably natural in the cycle of marriage and relationships. Life gets busy. We forget to thank those closest to us.

But times are changing. I have spoken with more women than I can count over the past couple of years who aren’t just complaining about feeling unappreciated by their husbands. Instead, they are doing something about it.

These women, most of whom are in their mid-40’s, have decided they want out of their marriages. Sure, they are scared for what this means for them. Sure, they are nervous about the new unknowns divorce will bring. Sure, they recognize the impact this will have on their lives. For most of the women I spoke with, leaving their husbands means having to secure full-time employment for the first time in years. It mean moving out of the big brick colonial in the suburbs and moving into something more affordable. It means being alone. And you know what each and every woman I spoke with said? “I am absolutely OK with this.” I heard, “I’m OK being alone and starting over on my own… I feel as if I have been alone for years anyway. I don’t need my big house or my fancy car. I don’t mind having to work. I just know that I don’t want to spend the next half of my life living this way. Why should I?”

What these women are expressing is a deep personal sadness at feeling disconnected and unappreciated by their husbands. They tell me they have fought for years to feel more connected and appreciated. This isn’t a whim, they assure me. They have thought long and hard about their decision to get divorced. They aren’t simply giving up. They have tried and fought a long battle. But the thing they each have in common is that they have reached their breaking point. They say, “I’m tired of not feeling appreciated, not feeling like I am part of a partnership. I feel like I am the roommate, the bill payer, the cook, the cleaner, the chauffeur… but not someone who is valued and appreciated. I’m tired of asking to be appreciated — begging to be valued — pleading to feel I as if I am important and not constantly playing second-fiddle to everything else going on in his life. I’m done.”

Divorce has become commonplace. Many women thrive after divorce. They live independent, happy lives. Any taboo or stigma that may have existed during my mother’s generation doesn’t exist any more. I think this gives many women the courage to say, “I can do this.” And, they are.

What do we do about this? Many husbands are left with their jaws hanging open in disbelief when their wives file for divorce. “Why didn’t we talk about this? Why didn’t we go to counseling? Why didn’t you tell me you were feeling this way?” The wives smile sadly and say, “We have, we did, I have… and it’s too late now… I’m done.”

I don’t like these conversations. I believe in the institution of marriage. I don’t like to see people quit. What can we do? I know the following advice is oversimplifying the issue — I really do — but it’s a start:

Men, please take the time to appreciate your wife regularly. Thank her for what she does for you and your family. Validate her. Cover her with words of affirmation. Wrap your appreciation of her deep within her heart. This is a marathon, not a sprint. The women I spoke with are not giving up because they weren’t thanked for emptying the dishwasher once. It’s the net result of decades of feeling taken for granted. When I suggest that perhaps having an open dialogue with their husbands alerting them to just how serious this really is and perhaps giving a final chance to make some changes, they tell me it would be too little, too late. “I’m done,” they say.

Clearly, women, this isn’t a one-way street. Appreciation goes both ways. Are you checking to see just how much appreciation you are showing to your husband as well? Do you thank him for all he does, or do you take him for granted? Really think about it. Perhaps you perceive that you are being more appreciative than you really are. What would he say? 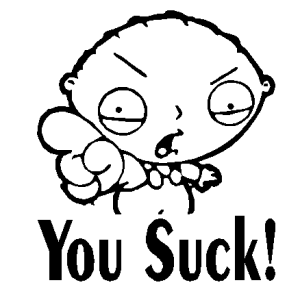 Most of us are acutely aware of the effect of criticism. I ask people all the time, “If ten people tell you that you are beautiful and one person tells you that you are ugly, which do you remember?” We all know the answer.

Why is that? Is it because, on some level, we are more apt to believe a criticism than we are a compliment? Does that criticism subconsciously confirm something about ourselves that we already know? Does it simply reinforce our negative self-image?

There is also another side to that coin. I don’t know about you but I was raised by a culture that strongly asserted that self-promotion was vanity. Being ‘humble’ meant never complimenting ourselves. People who bragged were assumed to be arrogant. Then one day I stepped into a Christian church and heard the saying, “God gets all the glory”. I learned that anything good about myself was God, anything bad is me. Once again I learned that I suck, that in and of myself I had little to brag about… not that I was allowed to anyway.

I have written before about the legacy my grandmother gave me. She was a firm believer in the axiom, “children should be seen and not heard”. I cannot remember one compliment from her mouth given to anyone, especially me. Then I grew up and had a relationship with someone who used contempt and disappointment as a means of control and discipline. You probably know people like this.

It is no real surprise when people come to counseling and admit to me that they struggle with self-esteem issues. Poor self-image is such a common mental health issue that I don’t know if I know anyone who doesn’t struggle with it. We are a culture plagued by emotional pain, largely as a result of criticism, contempt, and condemnation.

Enough with the criticism already. Most of us struggle everyday with feeling like we are losers, that we don’t measure up and we never will. I really don’t need you to point out my faults, I am intimately familiar with them. We know we have failed. We are cognizant of our glaring ugliness.

Many people feel that they are trying to help when they are critical. After all, how will you ever learn if I don’t help you? Granted, there are times when I have appreciated the cutting honesty of a friend, but this is only effective when I trust that person and believe they have my best interests at heart. Tearing people a new one simply because you are righteously indignant usually only scars and forces that person into a defensive posture. Real friends love you in spite of how you are, not because of who you are. Real friends love you enough to shut up.

It’s time for a love revolution.